Korean kimchi is being eaten since centuries as the main element of Korean food menus. This traditional fermented food is served with every meal in Korean cuisine. The probiotic feature of kimchi recipe had introduced it as a part of American palate. Kimchi of Korea earned this popularity after being recognized as one of the 5 top healthy foods all around the world beside soy, yogurt, lentils and Spanish olive oil. The benefits of eating kimchi are wide spread and are still being discovered. Probiotic benefits: Probiotic bacterias produced in well fermented kimchi are important to maintain the balance of microorganisms in one’s intestinal tracks which helps in slowing down the growth of harmful bacterias by boosting his digestive system.

Contains properties like yogurt: Various properties of this Korean dish makes it good for your intestines. The bacterias found in kimchi are similar to the lactobacilli bacteria found in yogurt. Americans are more familiar to the properties of yogurt and for that reason they are accepting kimchi recipe into their palate.

Antibiotic functions: The bacterias produced in well fermented Korean kimchi benefits you with its antibiotic functions as they deteriorate the growth of dangerous bacterias in your digestive system. The anti-germ functions of kimchi also benefits meat eater from the problems of hyper-acidity caused due to excessive intake of meat.

Helps reducing craving for food: Lactobacillus produced by well fermented Korean kimchi enable it to control appetite. It helps in stabilizing sugar level in blood which implies to the less frequent intense hunger alongwith the production of lesser hormones for fat storage.

Helps in keeping you healthy: It has been proved through various studies that it helps in cleaning up yeast and other urinary tract infections along with cleaning the intestines. It also shortens the duration of cold.

Provides low calorie diet with high amount of vitamins, and minerals: Ingredients used in Korean kimchi are low in calories and sugar but it contains fiber, vitamins A and C and minerals such as calcium and iron in higher quantities. Beta Carotene is also found in high quantity in it. The levels of B1, B2, and B12 get doubled after fermentation of three weeks.

Thus, Korean kimchi has a number of health benefits for the people eating it not only as a side dish but in their main food course in various other forms.

How to Make Kimchi 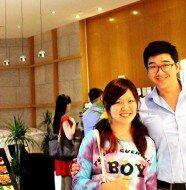 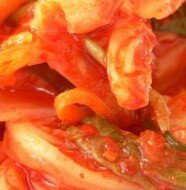 How To Make Korean Kimchi 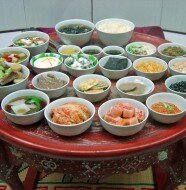